Our work here at Advocates For Rabbit Welfare is not only dedicated to our numerous neglected domestic rabbits in the hope that through giving them a voice that one day their silent suffering will end, but also to the memory of our dear friend, Mikie (Jacobs) Goblin. 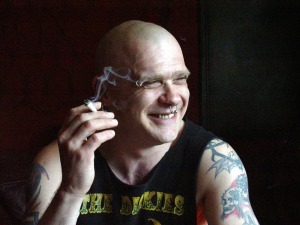 Mikie was well known by many, not just in the Edinburgh area but far and wide. He had a big personality and a talent to match! He was well known in the music scene for many years and an outspoken advocate for animals as well as those less fortunate in life. He had great humanity!

I first got to know Mikie through many years of following his band, The Gin Goblins. I loved the passion, the presence, the sound; his appearance to some may have appeared intimating but he was in reality a shy and gentle guy, and once you gained his friendship, it was yours to keep forever.

I didn’t know him that well in the real sense of things, shy in my own self in those early days and not wanting to approach the lead singer of one of our more well known, and my favourite, bands through fear of coming across like some kinda mad groupie! lol

He and his band mates have supported me in many endeavours through the years, first by playing at the annual Remember Chernobyl benefit gigs which began in 2006. These events not only marked the anniversary of the disaster, but all the funds raised were donated to aid the Charity, Chernobyl Children Lifeline for whom I hosted a total of 6 kids from Belarus several years ago. It was through this that I was inspired to do something to help support the wonderful work they do; Mikie, and his fellow band mates, were of course, always keen to get on board and do their bit to help!

After I moved to Edinburgh I was fortunate enough to be able to go along to more gigs which featured my favourite band, and this is probably around the time I got to know Mikie better.

He then went onto form The Pink Dogs alongside his partner Victoria and friend Helen. A three piece acoustic band with a big sound – again their purpose, besides writing and playing great music was to support causes close to their hearts, and with this they were avid supporters of Advocates For Rabbit Welfare, or as our charity was known as back then, Rabbits Require Rights (Scotland).

No sooner did I get my hutch out for Rabbit Welfare Awareness Street events, Mikie and co accompanied me with a few songs.

Their EP vinyl release was also dedicated, and named after our cause which was an honour indeed. 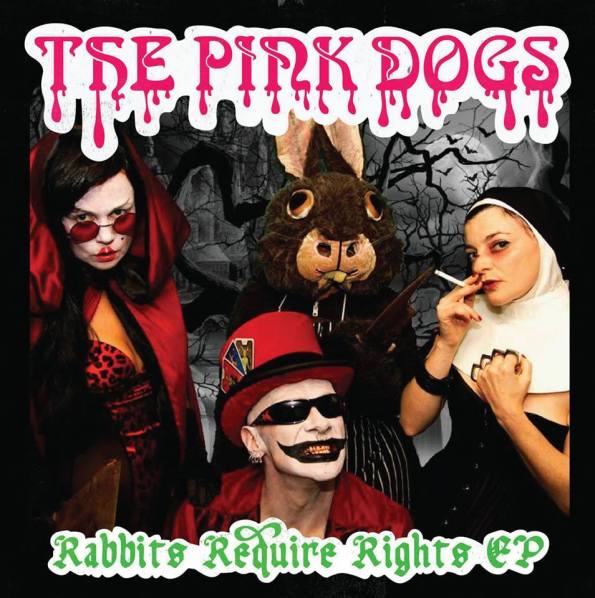 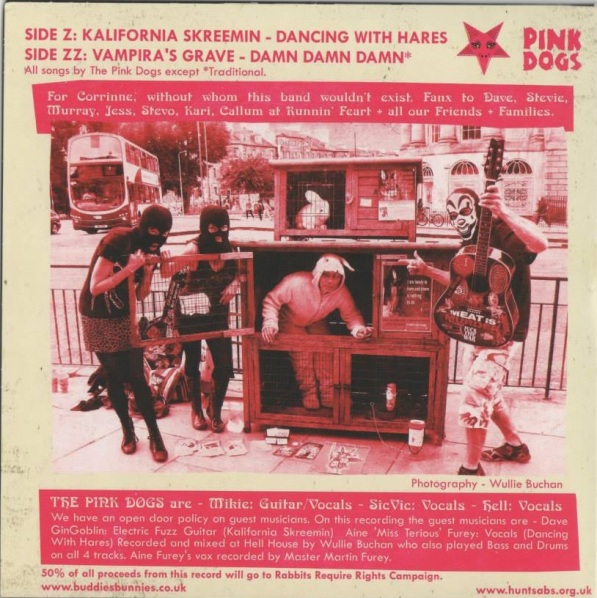 We were also honoured to have both The Pink Dogs and The Gin Goblins play our annual Rabbits Rock benefit gigs too!

Music fans out there will be pleased to hear that the new, long awaited album What Lies Beyond by The Gin Goblins, which had just been recorded around the time Mikie left us, is now available to buy here.

Again we are humbled to have been chosen as a beneficiary from their work, thanks guys!

These respite holidays serve as a life saver to many of the children who participate, four weeks of clean fresh air, food and water do wonders to the health of the children and it has been shown to improve the longevity of their lives and lessen the likelihood of them going on to develop radioactive related cancers and illnesses in later life.

The charity also does work within Belarus itself, not just in schools, but within the orphanages and hospitals and also small village communities too. In recent years they have expanded their reach into the Ukraine.

These holidays may not cure the children, but they do offer them hope, not to just the kids themselves, but their families also through simply giving them the chance of a happier, healthier life; you can see such a big difference in the children when they leave after those four short weeks, compared to when they first arrived.

If you are interested in finding out more, volunteering or perhaps becoming a host family, then you will find more information via their website; there are links up and down the length of the UK, all locally funded and always in need of support whether financial or otherwise.